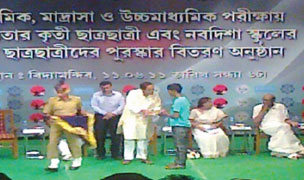 HOPE’s Naboasha programme supported 530 street and slum-connected children of the age group 6-14 in the year 2020-2021, who are often engaged in child labour or begging as their means for survival. Naboasha provides educational and emotional support to children living on the streets by supporting their primary needs; nutrition, shelter and healthcare.

530 children regularly attended online classes (189 children) and completed worksheets (341 children) which were given by the schools. All the 82 schools conducted their classes in this way. The efforts and awareness of the parents regarding the importance of education in the community are evident as they are ensuring their children attend school on a regular basis. 196 classes were conducted five days a week for both formal and non-formal children from 10 am to 6 pm. These classes were held online and in the center, depending on lockdown and Covid-19 restrictions. Online classes were held from 7th May 2020 to 5th June 2020 and again from 6th November 2020 to 12th March 2021. Offline classes were conducted from 8th June 2020 to 5th November 2020, and again from 15th March 2021.

On 12th June 2020, Anti-Child Labour Day was celebrated with 506 children in Nabosha centers. Father’s Day was celebrated on 21st June with 506 children from all seven naboasha centers. The children were encouraged to make cards for their fathers with personalized messages. World Yoga Day was organized on 21st June with 506 children. Covid-19 protocols were maintained including social distancing, sanitizing regularly and wearing face mask. The teachers shared tips on how to keep a healthy body and mind through yoga. Other celebrations included Ganesh Chaturthi, Literacy Day, Raksha Bandhan, Durga Puja, and Children’s Day etc.

Sreemanti (name changed): is a 13 years old girl and lives on a street of GD Park area with her parents and older brother. The Naboasha teachers identified Sreemanti during a field visit. They observed the family and carried out a home visit to talk to her parents on enrolling her in the centre. Her parents agreed and understand that if they sent Sreemanti to the Naboasha centre, her journey towards education would resume once again. She is studying in Class VII and is enjoying her studies. She is a good student and regularly attends school and the centre. She practises her homework and is very attentive in class. Sreemanti also participates in all extra-curricular activities in school and the centre.

Saraswati: Saraswati lives with her two children and husband on the streets of GD Park. The Naboasha workers identified Saraswati as a very active woman in the community. She attended all the meetings and awareness camps conducted by Naboasha. The Naboasha workers saw she had leadership qualities and was active in seeking improvements in the area. The teachers enlisted her name as a Community Support Group member. Saraswati is now able to run a peer support group as a Community Support Group member. She also trains other community members, and advocates to the government body, as required by her community.

Rachana (named changed): is a 16-year-old girl who lives with her parents and brother in the streets of Central. Rachana's father is a fruit seller and her mother is a homemaker. Rachana belonged to a family suffering from extreme poverty. After multiple sessions Rachana and her family were finally convinced that she should attend the centre. After 2 months in the non-formal unit, she was enrolled in Class VIII in school. That year she ranked third in her class. She received education sponsorship through the Naboasha project. Rachana is in Class XI. She passed Madhyamik Examination (board exam) with 68 % in 2020.

Ranjit (35 years old): has a wife and 3 children (1 daughter and 2 sons). He is a tea seller and his wife is a homemaker. Previously, he lived with his parents and elder sister on the streets of Central. He was not interested in his children's education and did not attend any meetings at the school or Naboasha centre. Through a survey, the Naboasha teachers identified him and encouraged him to take interest in his children’s education. The teachers encouraged him to participate in project activities such as awareness programmes and parent meetings. Ranjit is now able to run a support group with 15 members. This is not only recognition of his progress but will also motivate him for his future endeavors.

Pinky (name changed): is an 11-year-old girl living with her parents, grandparents and younger brother in the Chetla slum area. She was identified by the Naboasha teachers near the railway tracks of the Chetla centre. After the intervention of the Naboasha teachers, Pinky was enrolled in the centre. She was provided with basic education by the centre teachers and was admitted to school in Class V.

Bimala: has three children. She studied up to Class V, and her father arranged for marriage when she was a child. The Naboasha teachers found that Bimala was very enthusiastic and attended all the meetings and awareness camps conducted by Naboasha. The Naboasha teachers realised that she had leadership qualities and had the potential to work in the development of the community. In 2019, the Naboasha workers motivated Bimala to become a Community Support Group member. Bimala is skilful in making handicrafts and stitching. Bimala has opened her own shop of handicrafts and clothes that she makes. She has also hired other women who help her run the shop.

Rita: The Naboasha teachers identified Rita as a child laborer and a school dropout. They spoke to her parents and encouraged them to send Rita to the Naboasha centre. At first her mother did not agree as Rita helped her mother. The Naboasha teacher provided counselling and eventually Rita was enrolled in the centre. Rita is a student of Class X and is preparing for Madhyamik Examination. She is studying well and takes part in all activities in the centre.

Prabhabati: 35 years old, is married and has two daughters who are in Class X and Class IV. They live in a slum near Ballygunge station. The Naboasha teachers identified her as a strong and capable woman. In 2018, the Naboasha teachers encouraged her to participate in the awareness programmes and parent meetings. After a while she started working with the Naboasha as a vendor. By attending the meetings and programmes she became a leader in her community and involved more mothers in the sessions. Prabhabati takes the initiative regarding nursing-oriented work in the community. She gives full support to the education of her two daughters.

Archana (name changed): is 17-years old and lives with her parents in New Market slum area. Through the survey completed by the Naboasha teachers, Archana was identified as a school dropout. As a result, Archana enrolled in the Naboasha centre. Initially, Archana found it difficult to cope with her studies as she had discontinued education at a young age. After a few months, she was enrolled in Class V at the age of 11. With guidance from the Naboasha teachers she completed her board examination and achieved 59%. She chose to study commerce and this year she successfully passed with 61% in Higher Secondary Examination.

Akash (name changed): is an 11-year-old boy who lives with his mother and younger brother in Nimtala street area beside a railway track. When the Naboasha teacher identified Akash, he was restless and frustrated. After many meetings and sessions with the counsellor, Akash was motivated to start his study again. Akash scored well and was promoted to Class VI. We encourage him to carry on with all his creative activities such as drawing and playing football, and to pursue his dream of getting a good job and build a proper house for his family.

Raju: is a 30-year-old man and studied up to Class VIII. His mother used to beg at Nimtala ghat. At the age of 14, Raju was addicted to alcohol and substances. The Naboasha teachers motivated and encouraged to become a responsible man. He was also appointed as cleaning staff of the centre. Raju is now an active Community Support Group member in Nimtala. He is grateful to Nimtala Naboasha centre for giving him this new life where he can be a responsible man.

Laxmi (34 years old): is from Bihar. Laxmi’s son Is studying in Topsia Naboasha centre since 2018. As a Community Support Group member she works towards the development of the people of her locality. Everyone in her locality is now talking to her and consults her for help. Laxmi has learned how to stand on her own and stand up for what she believes is right.

Sahid (name changed): 12 year old Sahid (name changed) lives beside Park Circus railway track with his parents, two brothers and two sisters. After being enrolled in Naboasha, he started to make progress in his studies and extra-curricular activities such as drawing. Now Sahid is in Class V and wants to fulfil his dream. The Naboasha teachers encourage his creative activities and his dream to get a good job and support his family.